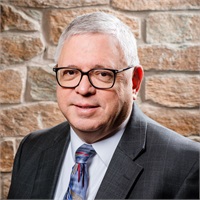 The founder and principal of OSTB Wealth Strategies, Scott is an Investment Advisor Representative and licensed insurance agent providing insurance planning, business planning, investment management, and retirement planning to his clients.  He attended Concordia College in Moorhead, MN and graduated from Minnesota State University, Moorhead with a B.S. in Education.

Scott began his financial services career in Davenport, IA with the Penn Mutual Life Insurance Company and the Mutual Association for Professional Services (MAPS), working with medical doctors, veterinarians, dentists, CPAs, and attorneys. Over the years, his clients have included members of those professions as well as engineers, architects, pharmacists, chiropractors, executives, and owners of small businesses.

A smaller, yet still significant, portion of his clients are in, or retired from, the building trades or farming. Ed Mounger, Scott’s father, was an engineer at Honeywell and later was a carpentry and drafting instructor at the Minnesota State Technical College, Moorhead, and both grandfathers were farmers, so Scott understands and works well with members of those occupations.

Following time with Penn Mutual and MAPS, Scott worked with a pension firm in Fargo, ND, that had more than 300 defined benefit pension plans, designed for doctors, dentists, and law firms. He then formed his own practices in Fargo and later in the Greater Phoenix, Arizona area, where OSTB Wealth Strategies began. He returned to Minnesota in 2005 to work as a manager in the Advanced Marketing Department of Prudential Financial in Plymouth, MN, where he edited client and advisor material and provided advice to advisors throughout the United States on business and estate planning cases. Scott returned to private practice in 2010, reopening OSTB Wealth Strategies. He continually updates his education in financial services and has earned the following professional designations from The American College, Bryn Mawr, PA:

He is a 35-year member of the Society of Financial Professionals (FSP) and is a past president of the Greater Phoenix chapter, also serving as a board member for the Twin Cities chapter and on several national task forces. He served twice as a judge for the Minnesota Business Ethics Awards.

Scott is active in his community, having served on the board of the I-94 West Chamber of Commerce for six years and as the Chair in 2018. He continues to be a member of that Chamber as well as the Elk River Area Chamber of Commerce. He also plays lead trumpet for Morpheus, an 11-piece rock band that performs concerts for small charities, helping raise over $130,000 in the past six years. Scott and his wife, Bernadette, live in Otsego and are members of St. Barnabas Lutheran Church in Plymouth, MN, where Scott is the lead trumpet for the St. Barnabas Brass.

In his spare time, Scott composes music, leads his jazz quintet, Gibraltar, and recently released a CD, In the Jungle. He is a fan of both college and pro basketball and football and is an avid reader of spy thrillers.

Our team approach adds perspective to all we do and provides increased benefits to our clients.